Here is every London, Ont., athletes’ performance at the Tokyo Olympics – London 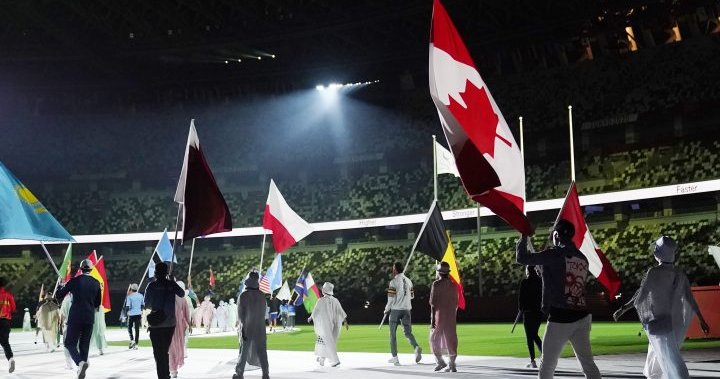 In spite of pandemic concerns.

In spite of practically empty stadiums and venues.

In spite of family and friends cheering from thousands of kilometres away.

Canadian athletes did their nation proud at the 2020 Tokyo Olympics held from July 23 to August 8 in Japan.

Canada set a new national record with seven gold, six silver and 11 bronze for this country’s largest medal haul at a summer Olympics that had no boycotts. Canada also won more gold medals in Tokyo than in any other games held in the 2000s.

The city of London played a large part in the entire total and athletes from the Forest City were especially key in getting to the top of the podium.

Of the seven gold medals that Canada captured, four have London fingerprints on them.

Here is a list of the accomplishments of every area athlete who participated in Tokyo, Japan:

After being edged out by reigning world champion New Zealand in their opening heat race, Canada rebounded in the repechage and surged in the final, winning this country’s first gold in the event since 1992. Londoners Susanne Grainger, Lisa Roman, who is part of the London Western Rowing Club, and coach Michelle Darvill were all major contributors to the win.

When you win the decathlon you are called the best athlete in the world. Damian Warner put an exclamation point on that title by becoming just the fourth athlete to ever top 9,000 points in the event and by breaking the Olympic record for the decathlon in the process. Warner earned his first Olympic gold and was named Canada’s flag bearer for the closing ceremonies.

After battling their way out of their group with draws against host Japan and Great Britain and a narrow victory over Chile, Canada survived on penalties against Brazil in a quarter-final match to set up a clash with the United States. Londoner Jessie Fleming scored the lone goal of that match on a penalty kick in the 74th minute to advance to the gold medal match against Sweden.

Again, Fleming converted on a penalty kick, this time to tie the game, and then was part of Canada’s scorers in a 3-2 shootout victory. Fleming and Shelina Zadorsky were both a part of Canada’s bronze medal finish in Rio and “changed the colour of the medal” as the team had vowed to do in Tokyo.

Erika was born in London, Ont., and grew up in Brantford, Ont., and helped Canada to claim bronze at the Olympics, beating Mexico 3-2 in the bronze medal match after Canada was edged 1-0 by the U.S. in the semi-final.

On the beach, Heather Bansley and her teammate Brandie Wilkerson made it to the elimination round and then won their round of 16 match by edging the United States 2-1. The duo was defeated 2-1 in the quarterfinals by a team from Latvia.

On the indoor court longtime Team Canada member T. J. Sanders and his teammates advanced to the knockout stage before bowing out to the eventual silver medallists from the Russian Olympic Committee.

Gabriela DeBues-Stafford – born in London and lives in Toronto

Gabriela qualified for the final in the women’s 1,500 m and then put on a show. She led the race early and held on for a fourth-place finish, running the race in 3:58:93.

Lucia Stafford – born in London and lives in Toronto

Lucia also competed in the women’s 1,500 m and her 4:03:52 in the heats qualified her for the semi-final. Lucia ended up fourth in that race, which caused her to just miss out on the final.

Alysha had to deal with the harshness sport can bring as she missed on her first three attempts in women’s pole vault and was eliminated. Alysha just turned 27 years old and will now focus her sights on Paris in 2024.

Julie-Anne ran a 15:33:39 in some of the extreme heat that athletes deal with in Tokyo, which placed her 17th in the world.

Miranda Ayim of London and Bridget Carleton from Chatham

Team Canada went 1-2 in the preliminary round and ended up being eliminated in a tie-break as they were edged out by France and Australia for a place in the quarter-finals. An opening game loss to Serbia had Canada fighting back and a loss to Spain in their final preliminary game saw them finish third in their group and forced Canada into the tiebreaker scenario.

In an equestrian competition that stretched nearly the length of the entire games, Chris Van Martels of Ridgetown, Ont., placed seventh in individual dressage and Canada finished 11th in team dressage.

Nick got off to a great start coming 12th in sprint qualifying and posted a personal best time which allowed him to make it to the final 16. The cycling competition also contains a sprint event called the keirin where a motorbike paces the riders for the early stage of the race. Wammes did not get off to the same kind of start in the keirin and did not advance to the quarter-finals.

Breanne and Team Canada began with a victory over Brazil but failed to qualify for the quarter-finals after losing to France in a must-win match. Canada defeated Kenya 24-10 to officially finish in ninth place.

Jennifer Martins is a member of the Western University Rowing Club and was fourth in the B final in women’s four.