by admin
in United Kingdom
0

COUNCILLORS have agreed to progress with plans to scrap a controversial cycle lane.

The lanes installed in Old Shoreham Road, Hove, last year look set to be removed after a series of consultations found they were unpopular.

Labour and Conservative councillors joined forces to oust the routes at a crunch meeting this evening, voting to progress with plans by six to four. 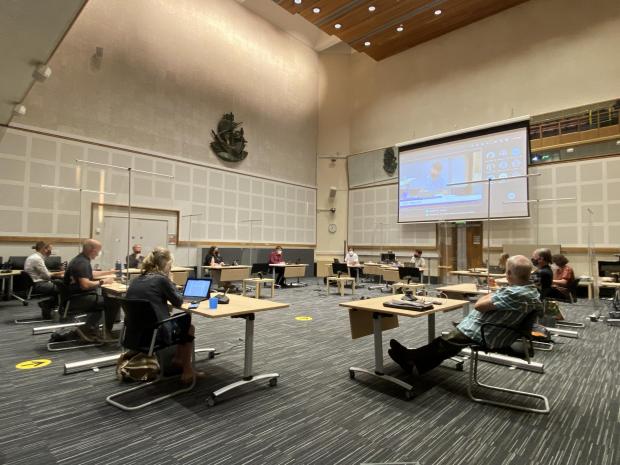 “I urge the members of this committee to keep to our promise and remove the lanes immediately.”

Labour later added: “We called for a consultation and we promised residents we would listen to them. They told us the lanes we installed on Old Shoreham Road were simply not working.

“So, tonight we voted to remove them and find an alternative location for a temporary cycle lane scheme. We suggested officers begin by considering Portland Road and New Church Road, but also explore other nearby options.

“There will now be an Urgency Sub-Committee in the next three weeks to finalise the removal of the temporary lanes on Old Shoreham Road, and we’ll be urging officers to crack on with finding an alternative that works for all road users.”

The cycle routes take up two lanes of the A270, one of the main arteries into and out of Hove to the west of the city.

A survey on the Old Shoreham Road cycle lane showed it was not supported by about 63 per cent of people. A separate consultation found similar opposition to the scheme.

Conservative transport spokesman Robert Nemeth said: “Cyclists now find themselves bullied, shouted at and punishment-passed in the most unnecessary of all battles locally.

“Much more work could and should have gone into winning people over. Changes could have been made and, if necessary, totally new routes considered.

“I hope that this whole unnecessary episode is remembered as a way not to operate, and that the principles of consultation, consent and democracy are enshrined in future decision-making processes.”

The meeting began at Hove Town Hall at 4pm after a pro-cycling demonstration was held outside. 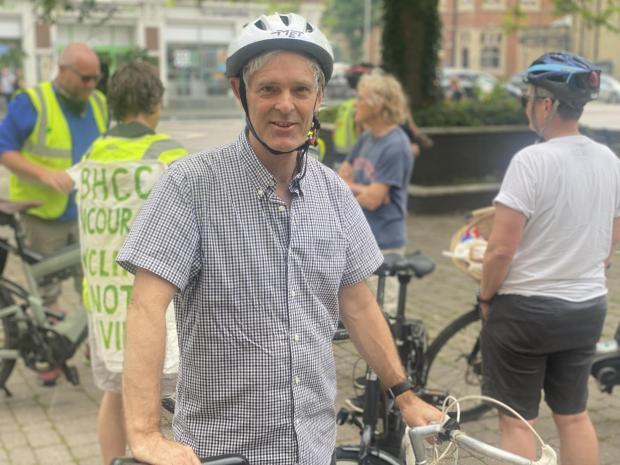 There were some fiery exchanges as councillors moved into the debate.

“Does anyone want to respond to that?” she questioned councillors.

Former Labour leader Nancy Platts replied: “You want people to vote with you, but being rude to people isn’t helpful.

“People are trying to make difficult decisions based on facts.”

As the carried amendment was read out, Green councillor Jamie Lloyd mockingly clapped and was heard saying “disgrace”.

And so it’s done. @bhlabour and @BHConservatives vote to remove the Old Shoreham Road cycle lane (after an officer report)

If you want action on the #ClimateCrisis, don’t vote for these two ☝️

Cllr Lloyd later told The Argus: “We can see very clearly that the Labour Group of councillors don’t care about vulnerable road users, they don’t care about the children who will no longer be able to cycle to school, they don’t care at all about the opinions of our local doctors or their own party members; Brighton and Hove Labour who declare a climate emergency with one hand and tear up a bike lane with the other.

“They do not stand with the vulnerable, our children or our doctors; they stand shoulder to shoulder with the Conservative Party and we will never let them forget that.”

Reader question: How likely is Italy to change its restrictions on travel from the UK?

French word of they day: Riquiqui

Samui Plus programme teeters on brink

KeyBank, a financial services company based in Ohio, has expanded its branding relationship with ATM owner, Cardtronics....

Coronavirus: What’s happening in Canada and around the world