by admin
in Hot News
0 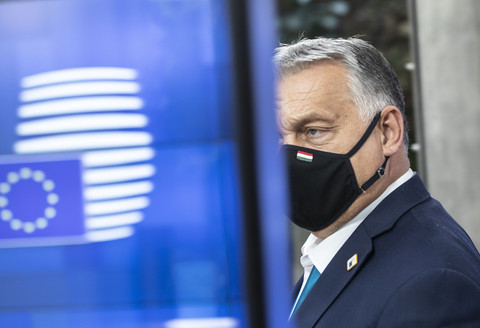 Hungarian prime minister Viktor Orban has announced a referendum on his country’s controversial new anti-LGBTIQ law – in response to criticism from the European Union which called the new legislation discriminatory.

The law, passed last month by the Hungarian parliament, bans showing content on homosexuality or gender change to under-18s in school sex-education programmes or media that reaches minors.

In a Facebook video on Wednesday (21 July), Orban urged the public to vote ‘no’ when being asked whether they support the “promotion” of content related to sexual-orientation to minors. The referendum will present five questions on these matters.

“The future of our children is at stake, so we cannot cede ground in this issue,” said Orban, who faces elections in April 2022.

“In the past weeks, Brussels has clearly attacked Hungary over its child-protection law. Hungarian laws do not permit sexual propaganda in kindergartens, schools, on television and in advertisements,” he added.

“When the pressure against our homeland is so strong, only the common will of the people can defend Hungary,” he also said.

Earlier this month, the European Commission launched legal action against Hungary over the new anti-LGBTIQ legislation – described earlier by the president of the EU executive, Ursula von der Leyen, as a “shame”.

On Tuesday, the second EU-wide rule-of-law report highlighted the deteriorating situation of democratic standards in Hungary at a crucial moment, since Budapest is still awaiting the EU executive approval of its €7.2bn recovery plan.

The commission has expressed concerns over the independence of the judiciary and media pluralism, but the report fell short of mentioning the controversial new legislation.

At a summit last month, EU leaders slammed the anti-LGBTIQ law – prompting Dutch prime minister Mark Rutte to invite Hungary to leave the EU if it does not respect fundamental values.

A total of 17 EU countries argued in a statement that the law “discriminate[s] against LGBTIQ persons and violate[s] the right to freedom of expression under the pretext of protecting children”.

Holding referendums in Hungary were banned due to the Covid-19 pandemic.

Farming and climate ambitions can co-exist

France’s Macron urges UK to ‘keep its word’ over Brexit

TORONTO -- Canada has fully vaccinated 64.7 per cent of the country's eligible population. Here’s what else...