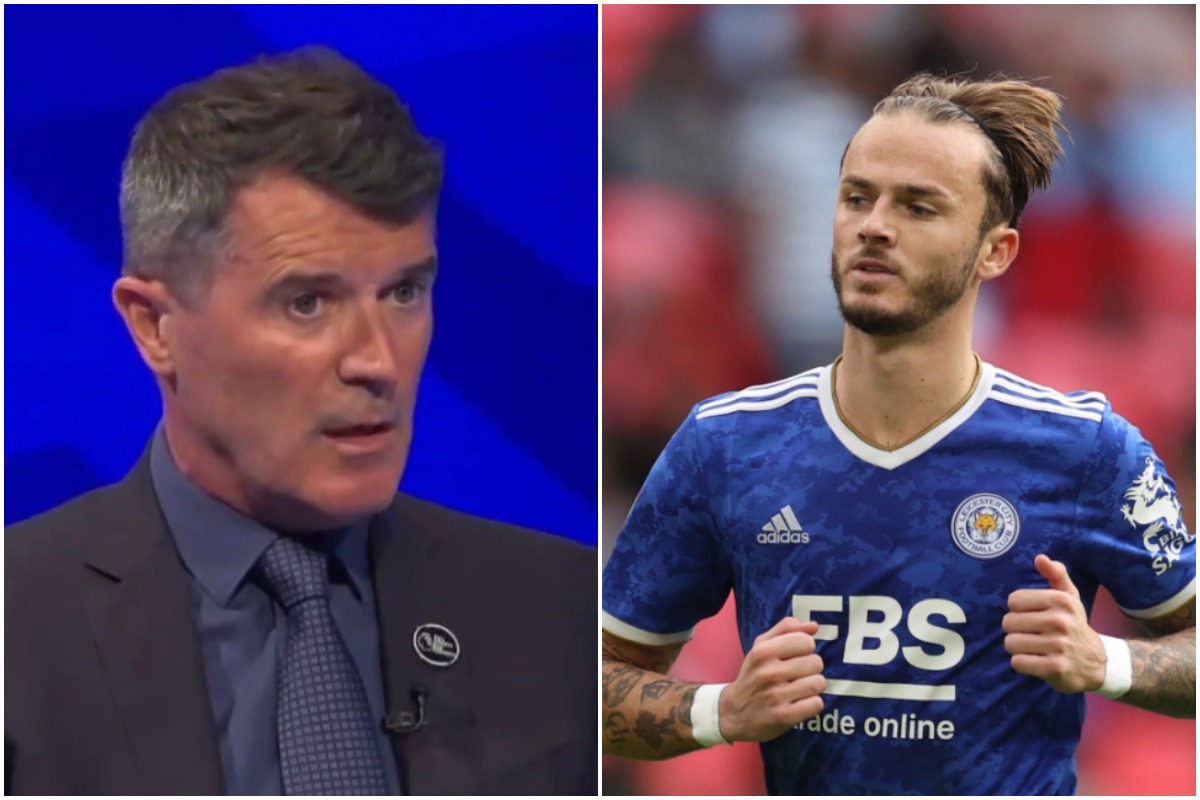 FORMER Arsenal star Perry Groves has called Roy Keane ‘a very silly man’ for saying swapping Leicester for the Gunners would be ‘a backwards step’ for James Maddison.

The Foxes ace is a transfer target for Mikel Arteta’s side but Keane warned the midfielder against making the switch.

Leicester have finished ahead of Arsenal in each of the last two seasons as well as winning the FA Cup last year.

And Keane reckons it could be a step back for Maddison if he leaves Brendan Rodgers’ side for Arsenal.

He said: “Arsenal are a huge club but at this moment in time I don’t think it’s a step up to Leicester, considering where they are.”

But former Gooners striker Groves hit back at Keane and believes his old club are still one of the biggest in England.

He told TalkSport: “Roy Keane is being very silly. A very silly man.

“Arsenal are a miles bigger club. You’re under far more pressure, the expectations. Leicester are better on the pitch, they’re a better team.

“They are further ahead but James Maddison, if you go to the bigger clubs, you’re judged on the level.

“If he bought into a project where he would be the 10, going there and being part of a resurgence of a massive club like Arsenal.

“Roy Keane’s point, quite rightly, is that Leicester are a better team at the moment. But for your profile, if James Maddison goes to Arsenal, when you’re judged on a different level, he’s got more chance of getting in the England squad, in the England team than he has at Leicester.

“You’re under miles more pressure. If he buys into the project and gets Arsenal back to the force they want to be, Arsenal is a far bigger club than Leicester.”