The Thai Film Archive is holding an online talk to mark the 25th year of the Thai Short Film and Video Festival via its Facebook today at 3pm. 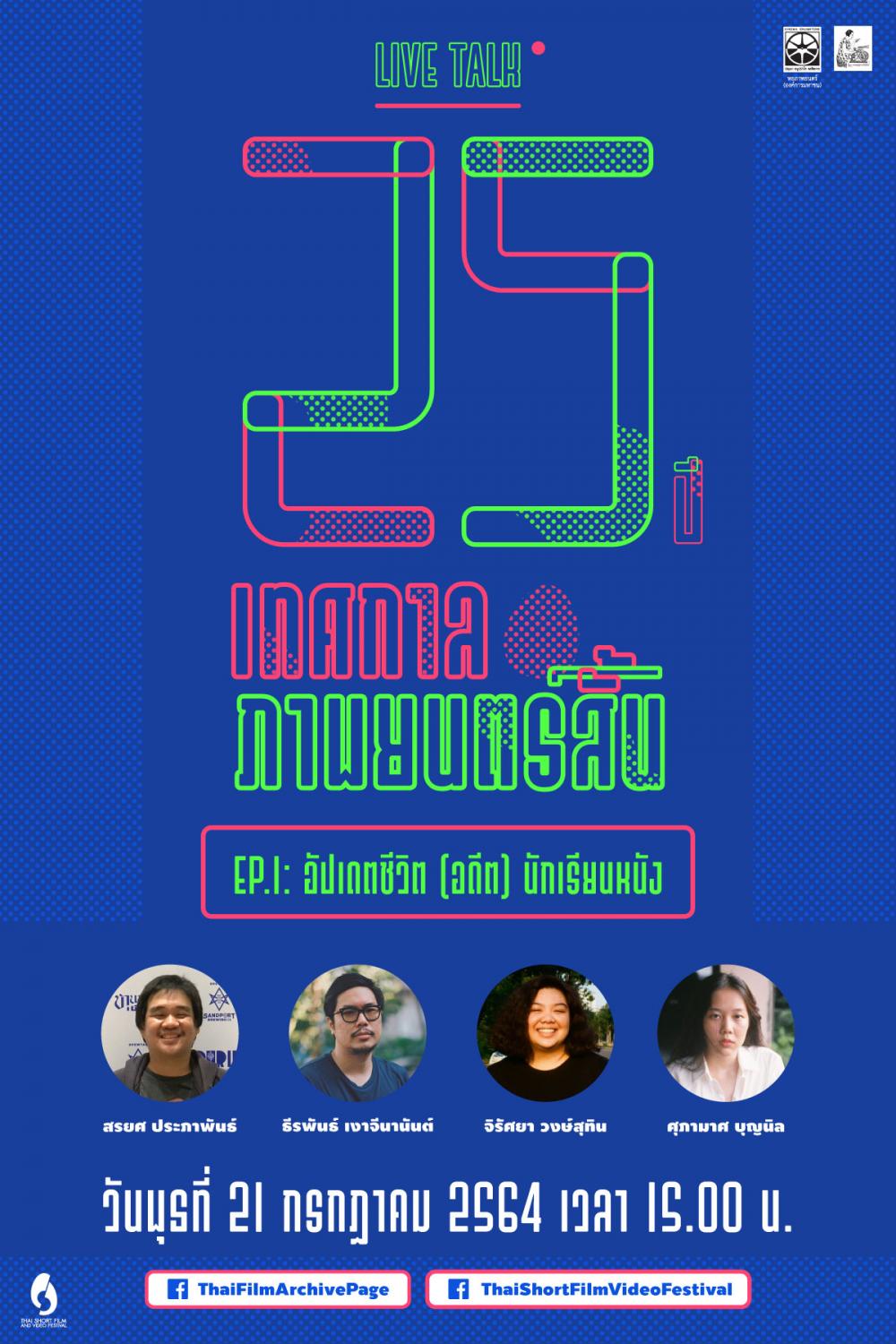 “Episode 1: Update The Lives Of (Former) Film Students” will feature former film students from different institutes who entered their works into the short film competition at the festival in the past.

They will share their stories while in college, their experiences from the competition and their lives on the path to becoming filmmakers who are still active today. They include:

* Teeraphan Ngowjeenanan from the School of Communication Arts, Bangkok University, whose documentary Klai Baan (Away) won the Duke Award in 2019;

* Jirassaya Wongsutin from the Faculty of Communication Arts, Chulalongkorn University, whose short film That Day Of The Month won the White Elephant Award in 2014; and

* Supamart Boonnil from the Faculty of Information and Communication Technology, Silpakorn University, who earned the 2019 White Elephant Award for her short film Phaya One.

Organised in 1997 by the Thai Film Foundation, the Thai Short Film and Video Festival has become the most prestigious competition for undergraduate Thai filmmakers. The 25th edition is accepting entries until Sept 10.

Android 12: Everything you need to know about the latest Android version

Tushy Classic review: We tested the popular under-$100 bidet